You are using an out of date browser. It may not display this or other websites correctly.
You should upgrade or use an alternative browser.
B 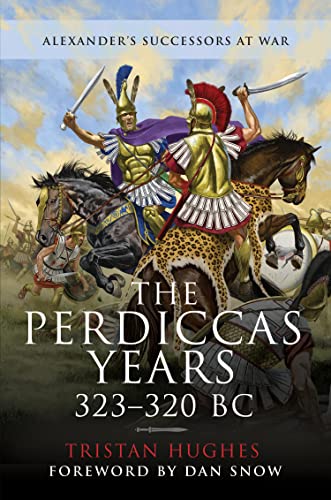 Surrounding the king's deathbed were his highest subordinates: young, experienced and charismatic commanders - some of the greatest military minds of antiquity - each with their own insatiable ambitions for power, glory and legacy. Only recently these men had fought side-by-side on the battlefield, kept in line by Alexander's overarching aura. But now, with Alexander dead and leaving no clear successor, many of these former brothers-in-arms quickly became fierce foes as they vied for dominance.
What followed was an extraordinary time for military campaigns. Powerful warlords and warrior queens attempted to assert their authority throughout the length and breadth of Alexander the Great's former empire; from Afghanistan to Athens, from Africa to Asia powerful armies decided matters by the spear. This first book covers the initial years of the conflict and several major campaigns that immediately seized the kingdom.